Benchmarks over five decades of service 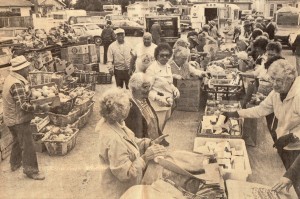 1973 – Grey Bears is conceived by UCSC graduate Kristina Mailliard, 23, and her boyfriend, Gary Denny, 32. Surprised at the undernourishment of the elderly poor, they glean fruits and vegetables from their gardens and share with local seniors. They hold a harvest festival attended by 300 seniors, 60 of whom bring food to share.

1974 – First annual holiday dinner takes place at the Santa Cruz Civic Auditorium. Volunteer cooks led by Thelma Dalman prepare the dinner at the old County hospital kitchen on Emeline. Thelma was a member of the first board of directors and head chef for the next 25 years. 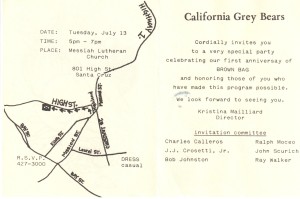 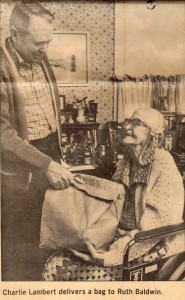 1981 – Grey Bears increases deliveries to 37 sites and to homebound seniors nine months of the year. Newspaper repurposing for sale to the floral industry begins.

1984 – Move to Brown Bulb Ranch provides more central location as seniors served by the program increases steadily to about 2,000.

1985 – Board of Directors purchases their first mid-county lot at 2710 Chanticleer Avenue, our current home.

1986 – Food deliveries start at Chanticleer after refurbishing former chicken coop into a warehouse and new cooler. 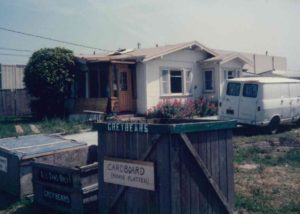 1990 – Grey Bears named one of the “Thousand Points of Light” by President George H.W. Bush.

1992 – Grey Bears is a founding member of F.O.O.D. Crops (food organizations organizing and distributing crops), Renamed Ag Against Hunger they supply Grey Bears with 750,000 pounds of produce per year. 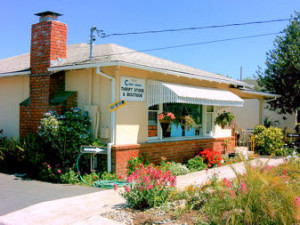 1996 – Grey Bears purchases lot at 2620 Chanticleer dedicated to drive-through recycling. A contract with the County is signed to manage the recycling center at the Buena Vista Landfill.

2000 – A contract with the County is signed to operate Chanticleer public recycling center. 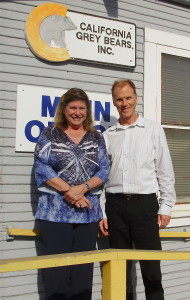 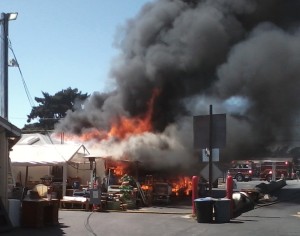 2014 – Fire burns through the thrift store donations and housewares building. Fire recovery fund is established with help from donors and community partners. Volunteers begin listing books, electronics and other items on Amazon.com and other online platforms.

2015 – Grey Bears named Organization of the Year by Aptos Chamber. Grey Bears membership votes to change Article 6 of bylaws moving governance to Board of Directors. 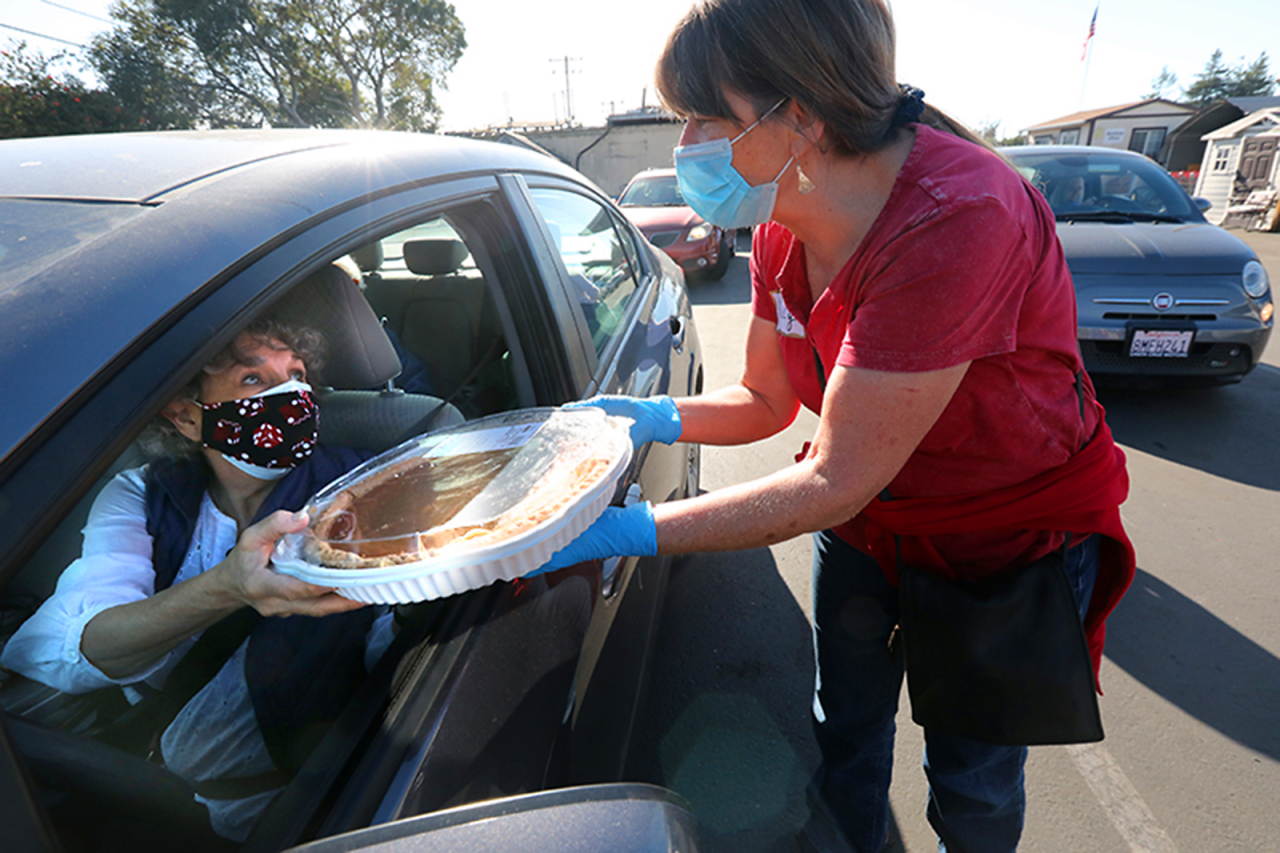